If you compare voter registration and turnout rates in Tennessee with a list of elected officials, you’ll discover an interesting contradiction: Women here are more likely than men to vote – but less likely to hold elected office.

For more than 20 years, Tennessee women have been registering to vote, and actually casting their ballots, at a higher rate than men. 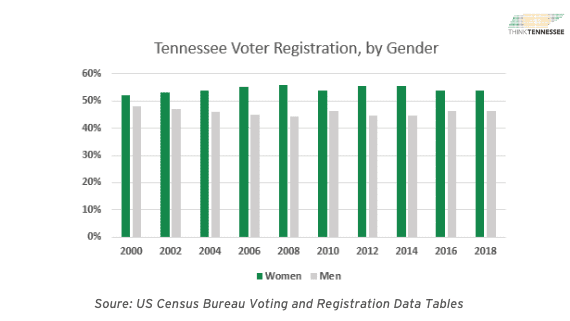 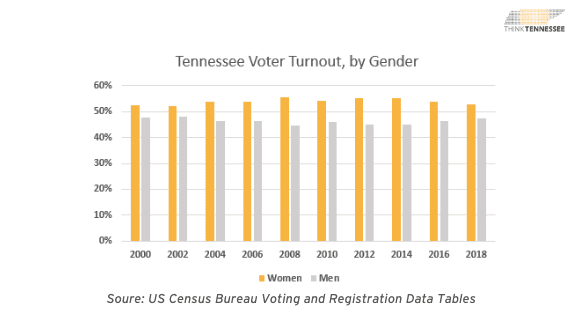 But even after a century of progress, there remains a concerning disconnect between Tennessee women’s civic engagement and their representation in elected office.

Overall, Tennessee lags other states when it comes to equal representation of women in elected office.

On International Women’s Day, we celebrate the progress that has been made here in Tennessee while recognizing that there is still more work to be done.

For more information, including statistics on local representation, read our January 2021 brief here.