The 113th General Assembly convened yesterday at noon to begin a new two-year legislative session. The body will be in an administrative session, conducting swearing-in ceremonies for members and other administrative activities, such as elections for speaker and the adoption of rules in the House and the Senate. Once complete, the legislature will announce a date to start the regular session and begin the process of enacting, amending, and repealing state laws.

Legislative leaders have indicated they plan to prioritize an update to the state’s abortion ban, banning gender-affirming surgeries for minors, criminal justice reform, and limiting the size of metropolitan governing bodies. Governor Lee has indicated his administration’s top issues include violent crime and transportation infrastructure.

This session brings new faces, new district boundaries, and the potential for new action on civic and economic policies in Tennessee. Read on for highlights of what’s new and what we’ll be watching in this session:

This session is the first featuring the newly drawn districts following last year’s redistricting process. Tennessee’s population grew by 8.9 percent over the last decade (from 6.3 million in 2010 to 6.9 million in 2020). As House and Senate districts are required to share populations as close to equal as possible, districts needed to be redrawn to incorporate larger populations. 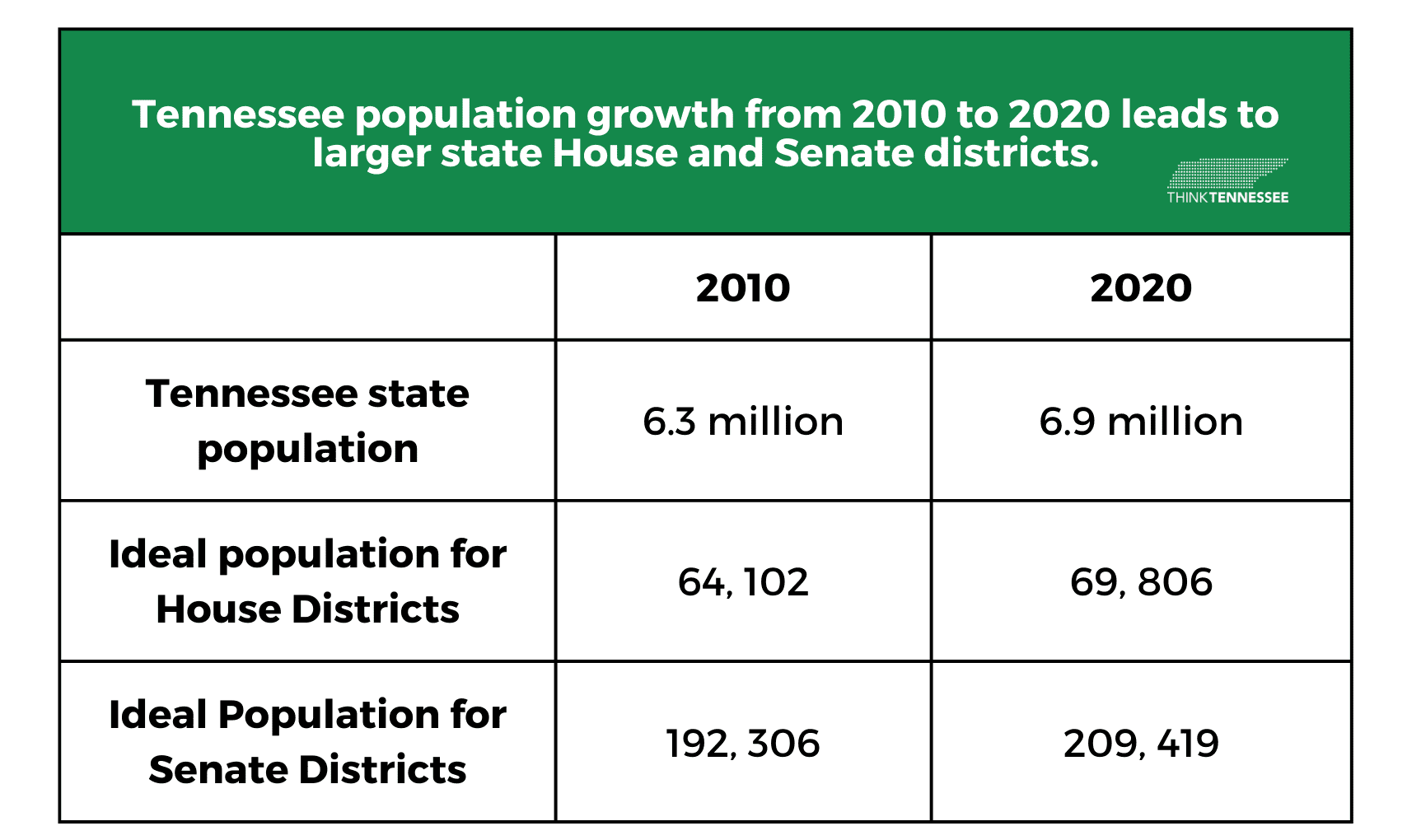 Tennessee’s population growth was not distributed evenly across the state. Populations declined in 30 counties, while 18 counties saw growth of at least 10 percent. The new district maps reflect this population shift with different county pairings in shared districts and new representation for some cities and counties. 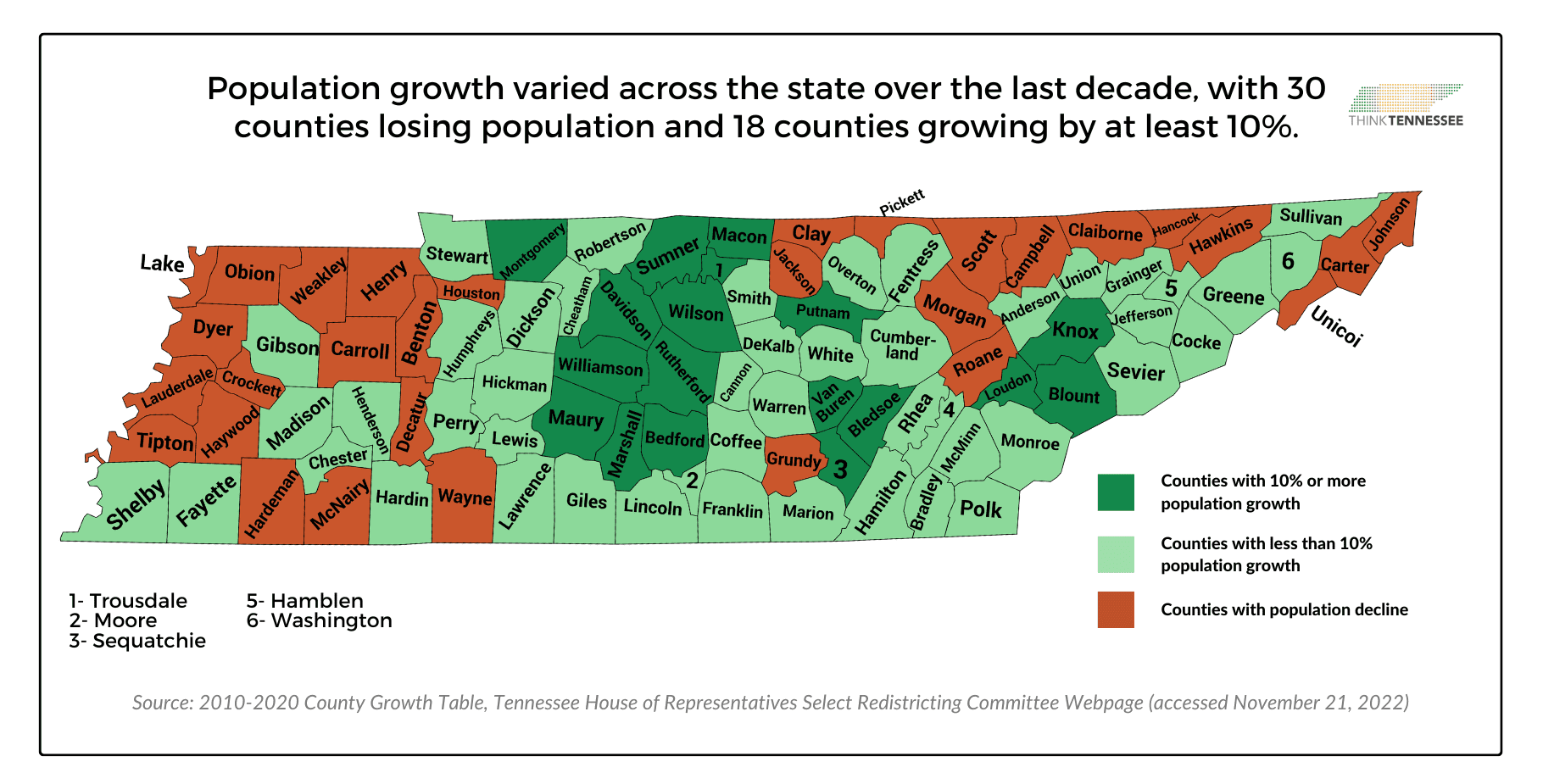 Here are some highlights from the new House and Senate maps.

House districts were redrawn to achieve the updated ideal population. While most districts were reconfigured (87), a few remained the same (6), some new ones were added (6), and two counties either gained or lost a district. 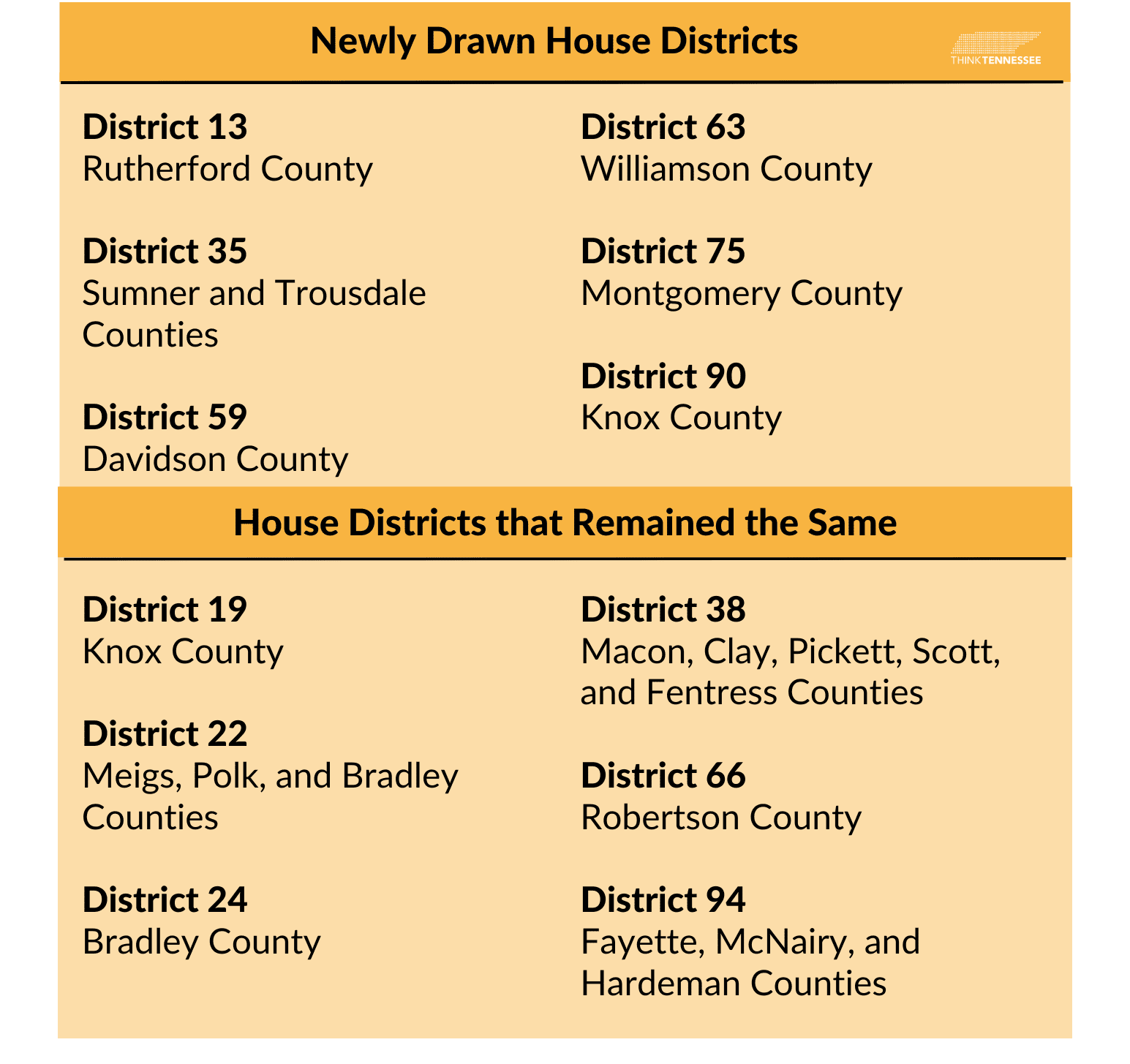 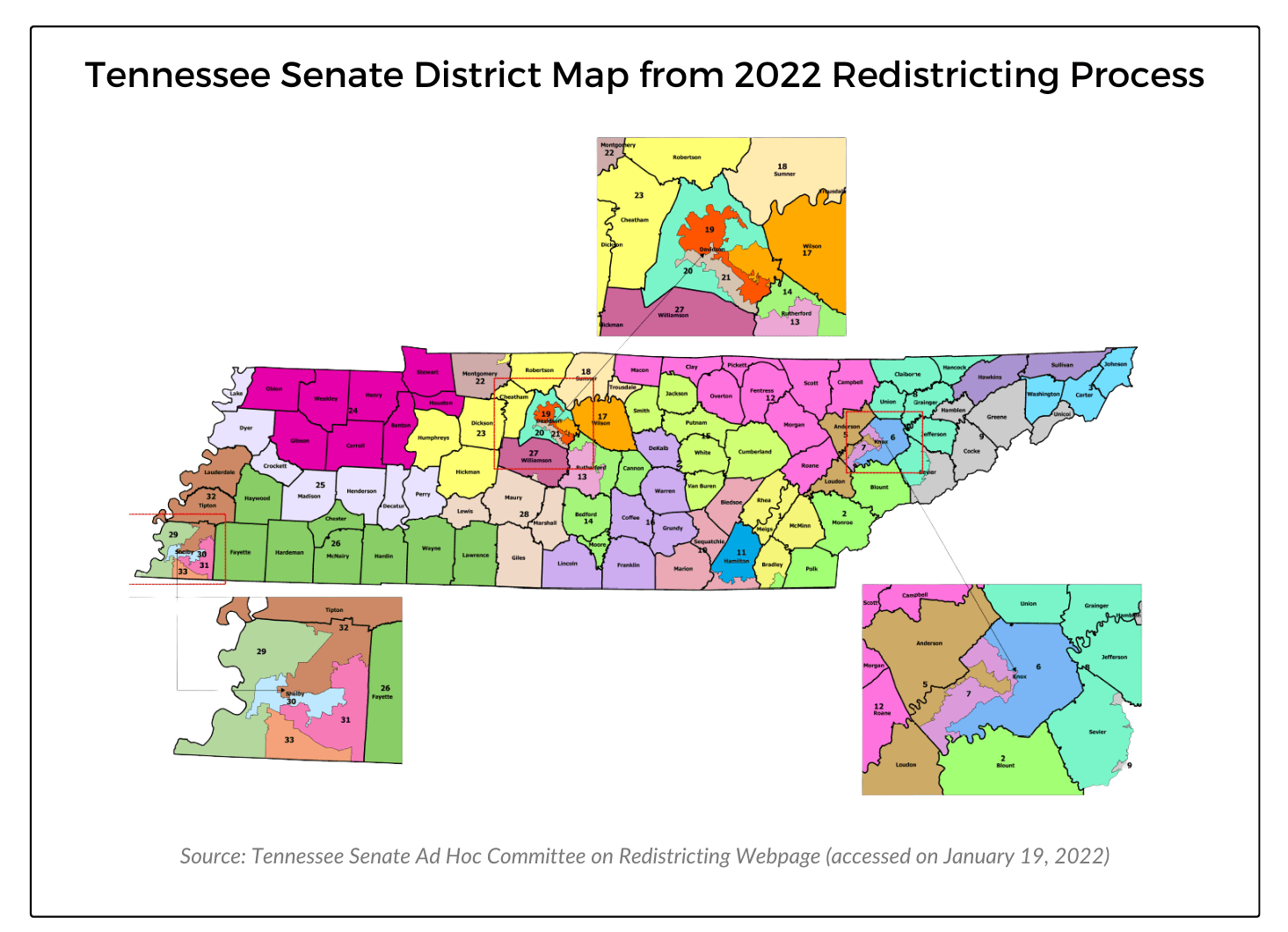 The new Senate districts reflect the varying population shifts across the state, with declines in West and East Tennessee and growth in the Middle Tennessee counties.

The 113th General Assembly includes a number of new faces, as a result of 16 members retiring after last session and three losing re-election races. In addition to the new members, both Representative Greg Martin (R-District 26) and Senator London Lamar (D-District 33) who had been appointed to fill vacant seats last session, were elected to remain in their seats. And longtime Representative Barbara Cooper (D-District 86) passed away at age 93 just before the election, leaving that seat open until a special election can be held on January 24 (primary) and March 14 (general).

What We’ll Be Watching

ThinkTennessee is a nonpartisan, results-oriented think tank that uses research, engagement, and advocacy to build a state where all Tennesseans are civically engaged and economically secure. We envision a state where all Tennesseans can vote, make their voice heard, trust in a transparent and effective state and local government, and where they can earn enough to support themselves and their families, afford their typical household expenses, and build their savings, rather than fall into debt.

This year, we will focus on the following legislative priorities:

If you’re interested in learning how bills become laws in Tennessee, take a look at this informative brief, and stay tuned for mid- and post-session updates as the session proceeds.

Note: ThinkTennessee followed the redistricting process in 2022 closely (see our summaries here and here). The maps shared here were accessed from legislative committee websites last year. The House committee website can be found through the “House Archives” page, but the Senate committee page no longer appears to be active and available. 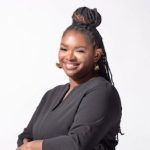