As the General Assembly wraps up its role in this once-in-a-decade undertaking, we’re looking back at the four recommendations ThinkTennessee made to increase transparency and public engagement in the redistricting process.

Overall, the state legislature took some positive steps relative to the 2011-2012 process, but it has a lot of ground to cover to keep pace with other states’ efforts.

Read on for a full summary of redistricting’s legislative status and an analysis of our recommendations.

What is the status of the congressional, House and Senate redistricting bills? Will the new maps impact this year’s elections?

Now that the General Assembly has approved all three bills containing the new district maps, each will take effect immediately upon the governor’s signature. The new voting districts will be in effect for the upcoming 2022 elections. County election commissions will work to prepare the new districts by the campaign-filing deadline of April 7. 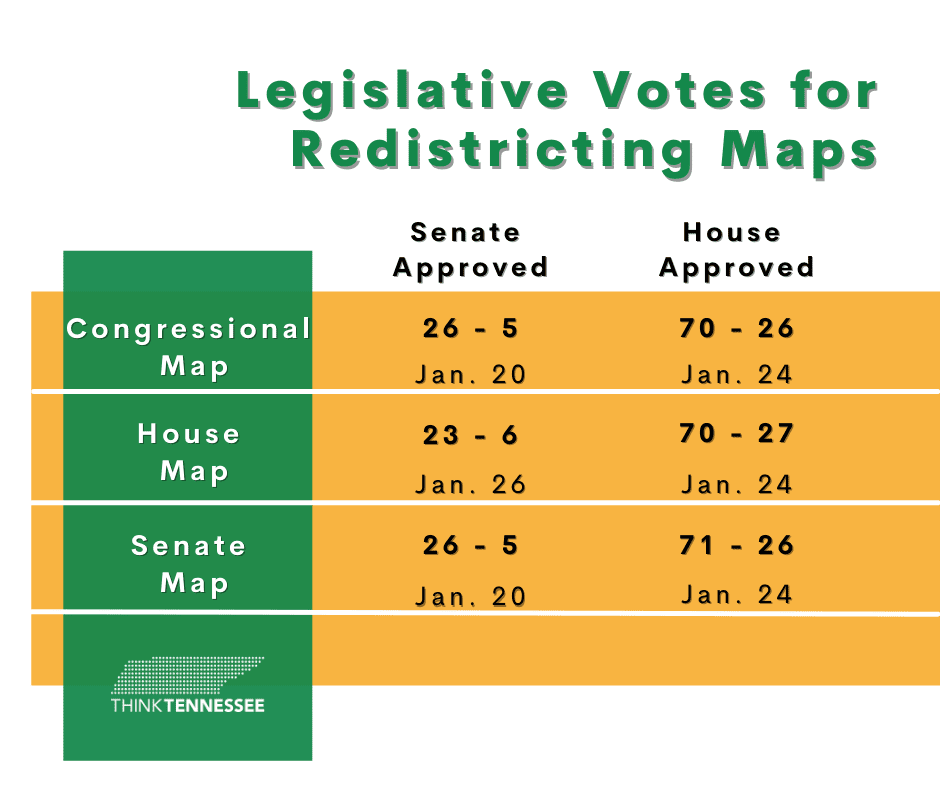 Were any of the four recommendations we made to the General Assembly to increase transparency and public engagement included in this year’s redistricting process?

Recommendation One: Actively share information with constituents about opportunities to participate in the process.

While there were slight improvements to Tennessee’s redistricting websites, other states used technological capabilities to a much larger degree, offering the public ways to provide comment, reflect on the comments of others and evaluate and understand proposed maps.

As they did previously, both the Senate and House maintained redistricting committee websites.

The Tennessee General Assembly accepted comments at regular House and Senate committee meetings, but many other states took the more active approach of hosting meetings around the state to collect community input on maps.

Tennesseans had more opportunities to provide input this cycle, but these were limited to requesting to speak at committee meetings and contacting legislators to share comments. Other states’ proactive approach to soliciting community input included hosting multiple community meetings where residents could share how they would like to see their community represented.

The Tennessee General Assembly made its redistricting committee meetings accessible in person and online to those who wished to observe. However, the substantive conversations where decisions were being made on final district boundaries were still not held publicly.

Both the House and Senate welcomed in-person public comment at committee meetings. In addition to the presentation of publicly submitted maps, the House received comments from 48 Tennesseans, and the Senate heard from 31. Other states allowed in-person and written comments to be submitted.

Tennesseans had more time to evaluate an initial draft House map during this year’s redistricting process, but their window to review congressional and Senate maps was about as short as in 2011-2012. Other states provided more time for the public to review draft maps before holding final votes.

The draft House map was released on December 17, whereas in the previous cycle it was first released in January. Subsequent versions of the map, however, were not available until after they were passed on the House floor. Draft Senate and congressional maps came out in January (on the 13th and 12th, respectively).

Other states incorporated public feedback into draft maps before they are finalized. 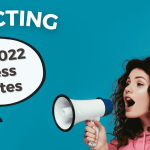